Overcoming the Fear Factor: Teaching and Learning about Insects and Biodiversity

Posted on November 8, 2019 by carsoncenter 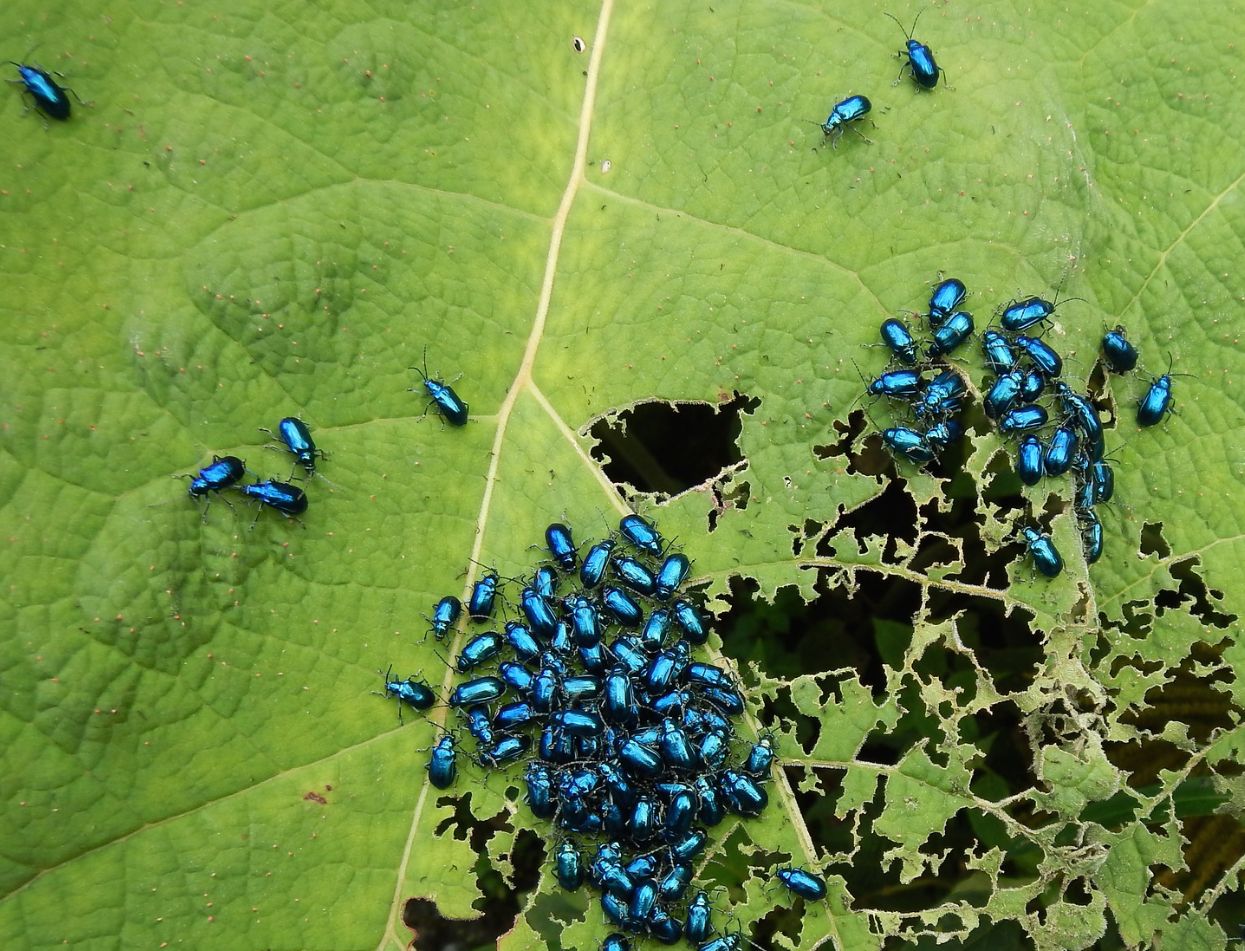 Tony Weis is a geography professor whose research is broadly located in the field of political ecology, with a focus on agriculture and food systems. He is also a former fellow of the Rachel Carson Center where he worked on a project titled “Ghosts and Things: Trajectories of Animal Life.” Here he talks with renowned biologist Nina Zitani about one of the most significant challenges to inspiring interest in and responsibility towards arthropods and biodiversity. In addition to her work as a research scientist, educator, and curator, Zitani is also a nature photographer and runs an online resource on biodiversity gardening.

Insects have fascinated Nina Zitani for as long as she can remember. She vividly recalls making her first bug collection at age five, and searching for insects and other arthropods in her backyard and nearby forests in Moorestown, New Jersey, throughout her childhood. Growing up at a time of increasing awareness about the rapid biodiversity loss associated with rainforest destruction, and inspired by tropical ecologists drawing attention to accelerating rates of extinction, Zitani’s curiosity about nature eventually turned to the tropics. Discussion about extinction rates inevitably compels attention to insects, as they comprise by far the greatest number of scientifically-named species within the animal kingdom—as well as an even greater realm of estimated-but-unnamed species, the untold millions destined to be lost before they are identified or even remotely understood. Zitani cites entomologists Scott R. Shaw and E.O. Wilson as especially seminal influences, having  instilled a sense of urgency about biodiversity conservation and a recognition that scientific education has a key part to play in it—both of which have been abiding concerns in her wide-ranging work over the past three decades.

Zitani began her career working in science museums (the Franklin Institute Science Museum in Philadelphia and the Liberty Science Centre in Jersey City), which included helping to push for a popular “insect zoo” exhibit that drew thousands of visitors a day. Though this was rewarding work, the tug of the tropics and a nudge from the museum’s entomologist, Dr. Betty Faber, helped lead her to graduate school and field research in a Costa Rican rainforest, where she investigated the ecology of parasitic wasps that grow inside certain caterpillars. This involved many late nights trapping insects and long days examining them for minute variations, a course of research that led her to identify 15 new insect species and have 8 other new species named in honor of her contributions to the field (e.g. Leptodrepana ninae). Her strong convictions about science and conservation also flowed into her work as a science educator, teaching undergraduate courses in biodiversity and curating the zoological collections at the University of Western Ontario, as well as leading tropical field courses and lecturing for the Smithsonian Institution.

Insects feature prominently in Zitani’s teaching about biodiversity, which gives most attention to the “big 4” insect Orders: Coleoptera (beetles); Diptera (flies and mosquitos); Lepidoptera (moths and butterflies); and Hymenoptera (bees, bumblebees, wasps, ants). As she puts it, “if you want to understand how ecosystems work, you cannot avoid insects and other arthropods.” Most of all, she wants students to appreciate why the significance of global declines of insects cuts much deeper than the numbers of extinctions, given their crucial ecological functions as pollinators, sources of food for larger animals, and in decomposition and nutrient cycling. Yet to get to the point of comprehension—where students grasp the importance of arthropods in the web of life—she has increasingly come to recognize that the challenge lies not only in the teaching of ecological relations but also in confronting widespread entomophobia and arachnophobia. In other words, fears about arthropods impede how people understand them and, even worse, makes their decimation easier to ignore. 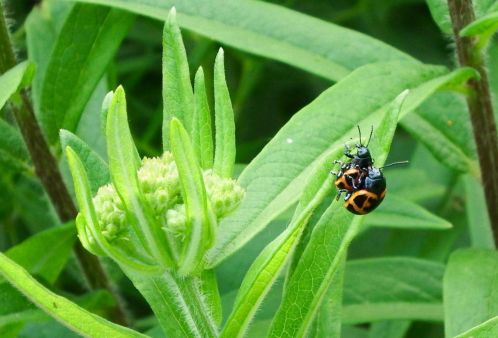 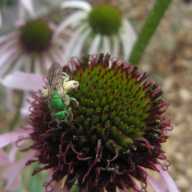 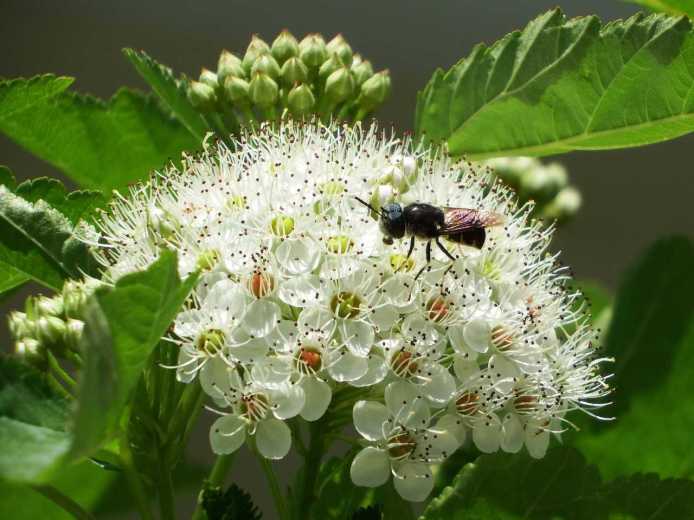 This has led Zitani to reflect on where these phobias come from and how they can be broken down. As a starting point, she is convinced that her curiosity about insects is not unique and that, on the contrary, insects fascinate most children. Part of this conviction stems from her work in science museums, where she repeatedly saw that little kids were rarely afraid of insects; some were hesitant of course, but she insists it is important to distinguish caution from fear. However, whereas her sense of wonder was nurtured by nature-loving parents and free exploration, she believes this tends to be stifled in modern societies, as people are socialized to associate insects and other arthropods with a range of negative connotations, from disease risks to a lack of order and cleanliness. The result is a clear pattern of inquisitiveness shifting to fear and loathing with age, which Zitani encounters in pronounced forms among many (though not all) undergraduate students, many of whom indicate being “grossed out” by arthropods when they enter her courses.

One response Zitani has made in her teaching strategy is to directly discuss fears about insects and arachnids from the outset, whether in classrooms or in the field. This includes stressing the fact that the vast majority of insects seek to flee in response to humans and only act aggressively after they’ve felt threatened. It also involves setting parameters for negativity, recognizing that while initial thoughts or impulses cannot be controlled, the way they are verbalized can be, discouraging comments like “ooh, icch, gross!”—something that might seem small but can help establish a culture of positivity and learning. This is also important for field excursions, enabling silence and attentive listening, which are necessary field biology skills. In reflecting on these strategies, Zitani jokes that while she doesn’t want to “sound arrogant about it” she now feels very adept “at getting students over the fear factor quickly.” On one hand, she sees this as a key pedagogical step in teaching about biodiversity in many contexts today, especially in places like North America where entomophobia and arachnophobia are common. On another hand, she believes there is a much easier and better way to fix this.

Zitani believes that children should be learning about the importance of insects and other arthropods, as well as key concepts in ecology, from kindergarten onwards, in contrast to the little-to-no training that most get over the course of their formative education. And if youthful curiosity about insects were nurtured rather than stamped out, it could go a long way in fostering a new sense of ecological responsibility.