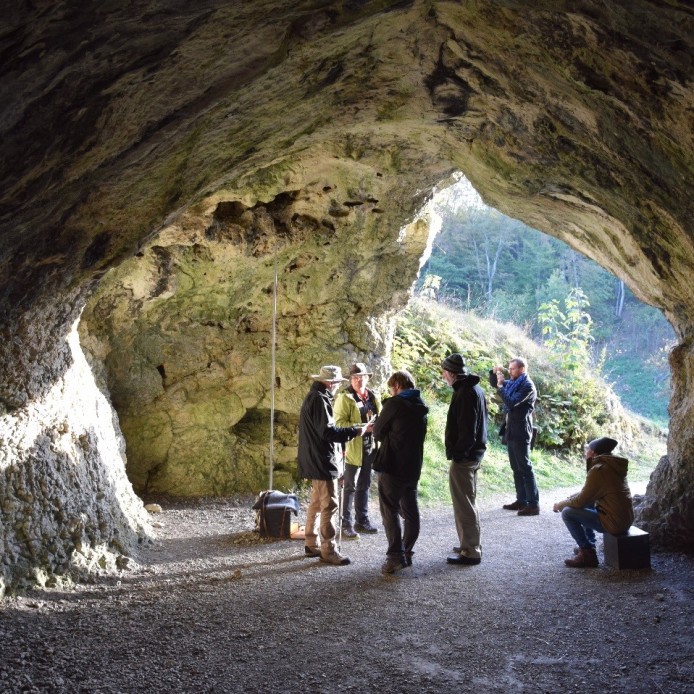 Inside the cave where the ivory sculptures were found. 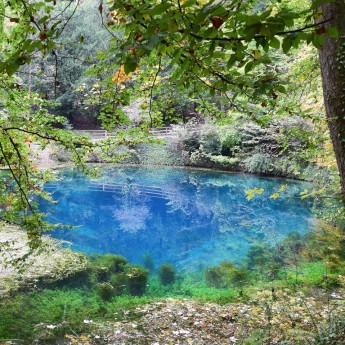 The Blautopf in Blaubeuren (Baden-Württemberg). The blue color is the result of light scattering at the nanoscale limestone particles densely distributed in the water.

The evolution of the genus Homo was influenced in part by the landscape in which early hominins lived. Important archaeological sites are often located in areas with very rough terrain and a rich supply of nutrients and trace elements. These two features could have led wandering animals on paths where early hominins could track them down and hunt them. Furthermore, the rough terrain made it easier for our ancestors to find shelter from predators.

The Lonetal area in the Swabian Alb is famous for its many artifacts from the Aurignacian culture (ca. 40,000–30,000 years ago). Among the discoveries are the oldest sculptures ever found, including a mammoth as well as a lion sculpture, both made out of mammoth ivory. Other findings include fragments of flutes that belong to the oldest humankind has made.

These photos were taken during a workshop held by the Rachel Carson Center and LMU’s Department of Earth and Environmental Sciences for students of the Environmental Studies Certificate Program. The field trip to the Swabian Alb included talks by Frank Brown (University of Utah), Geoffrey King (IPG Paris), Simon Kübler (LMU), Geoff Bailey (University of York), and Anke Friedrich (LMU).