Student Research: Orpheus in the Mud

It is tempting to explore how visual experiences of music festivals are symbols of joy and embeddedness in modern societies, drawing attention to what people do in their free time. When people think of the Woodstock documentary, or the images of Wacken used by South Korean film director Sung Hyung Cho in 2006, they almost certainly recall the images of ecstatic crowds making their way through muddy festivalscapes, sometimes even literally bathing in murky ponds.

In this context, an interesting question arises: how can contemporary cultural performances, such as music festivals, be interpreted from an interdisciplinary perspective, bringing together spatial, aesthetic, and economic discourses? My ethnomusicological research, conducted as part of the Environmental Studies Certificate Program, aimed at raising two issues: aesthetic experience in the context of environmentally friendly music events, and arguments that occur among artists, music journalists, and festival promoters regarding how best to achieve a new ecological consciousness among practitioners. This research included seven interviews and three pieces of written analysis in a single project, and short remarks on a blog in which I attempted to reflect upon those observations and arguments that I could not integrate into my analysis. 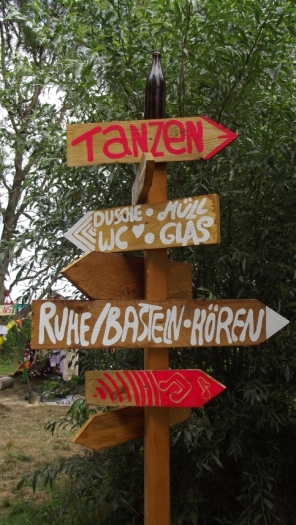 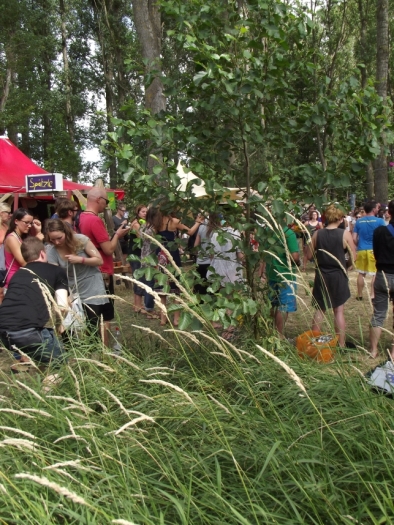 Although the interviews were enlightening, I soon realized that my research lacked perspectives that could only be gained through participatory observation of music festivals. Auerworld Festival in Thuringia (near Jena and Naumburg) invited me to visit the site for three days in summer, where I tried to capture my impressions of the festival space through notebook annotations and photography. This, along with insights gained from media studies, sociology, ethnomusicology, phenomenological reflections based on my experiences of festival spaces and sounds, and the previously undertaken interviews, provided a better understanding of what audiences and musicians do and feel about their practices and professions before, during, and after performances.

How, then, to address environments in the context of festival performance? Two possible perspectives could result in very different festival experiences: that of the artists, media representatives, advertising agencies, sponsoring companies, state authorities, and festival promoters, and that of the attending audiences. From an applied economic sciences approach, in the case of open air music events, the focus lies on how to improve the mostly temporary infrastructures imposed onto a given environment to achieve more efficient and sustainable systems. My points of focus at Auerworld were guided by rather privileged, self-reflexive observations of phenomenological and participatory ways of experiencing the festival site. From a cultural perspective, the places of music festivals lie at the heart of what some scholars refer to as the performance of emotional belonging in a space with others—including the “natural” landscapes of a particular region where the festival takes place. In this sense, scholarly attention is directed towards the conditions of spatial representation that unfold with the temporal interference of festivals into primordial spatial settings: space never seems complete, stable, or conserved, but instead is contested, put into opposition, and oscillates continuously. 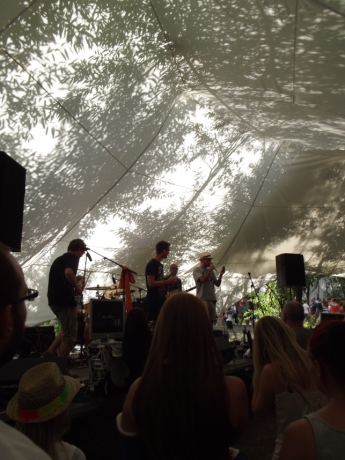 View of the stage from inside the “Weidenrutenpalast” (construction made of plaited willows). Photograph: Adrian Franco. 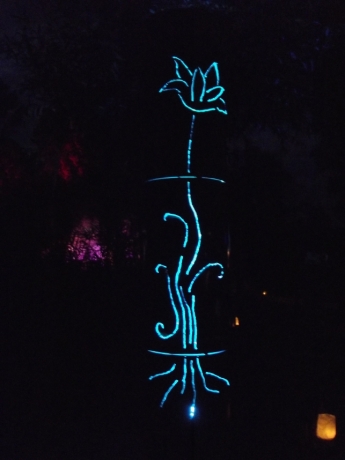 Illuminated piece of art at the festival site by night. Photograph: Adrian Franco.

In retrospect, my observations from Auerworld Festival 2015 struggle with spatial performances that originate from a feeling that a certain landscape becomes challenged by another spatial performance: amidst vast crop fields suffering from the extraordinary heat last summer stood a grove of trees where people circulated day and night. The music and the noise from the crowd were audible even from a distance, despite the presence of a road nearby. The small town of Auerstedt on the other end of the grove seemed deserted, although some of its inhabitants participated in a soccer tournament against festivalgoers. The festival site hosted many opportunities for crafts and other artistic performances, and two live music stages—one inside a small tent and the other inside the so-called “Weidenrutenpalast,” a space made of living willow trees—served as gathering points. At night, DJs performed at another corner of the grove where, during the day, people could also listen to audiobooks. I noticed many families with young children, and it was only later at night that adults were present in greater numbers. 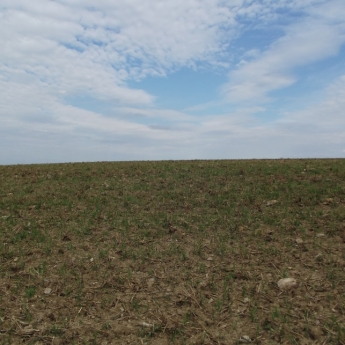 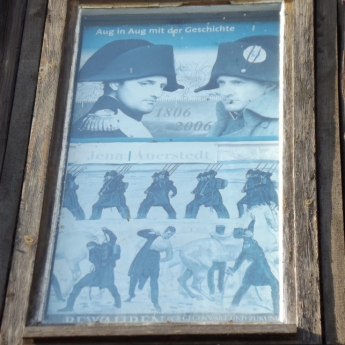 A commemorative poster celebrating 100 years since the battle at Jena/Auerstedt against Napoleon. Photograph: Adrian Franco.

I still feel astonished when I think back to that festival site: Not only did people transform a historically significant space known for its agricultural use—a territory of the former GDR and the battle site of Jena and Auerstedt against Napoleon in 1806— into a temporarily and materially limited place of leisure (the grove); the festival even managed to create its own landmarks—small pieces of art left behind in the “Weidenrutenpalast.” While I may think about a critique that questions this particular local interference as illusionary, given that the economic importance of agriculture at Auerstedt will continue, perhaps the value of the festival site lies in what it brings to the fore: that space is in the making by people and places through ritual appropriations, and that contingent customs and practices not only haunt the improvised groves of human amusement, but also the supposedly stable and indispensable dry lands of Thuringia.