Ecologizing Urban Ontologies in the Anthropocene 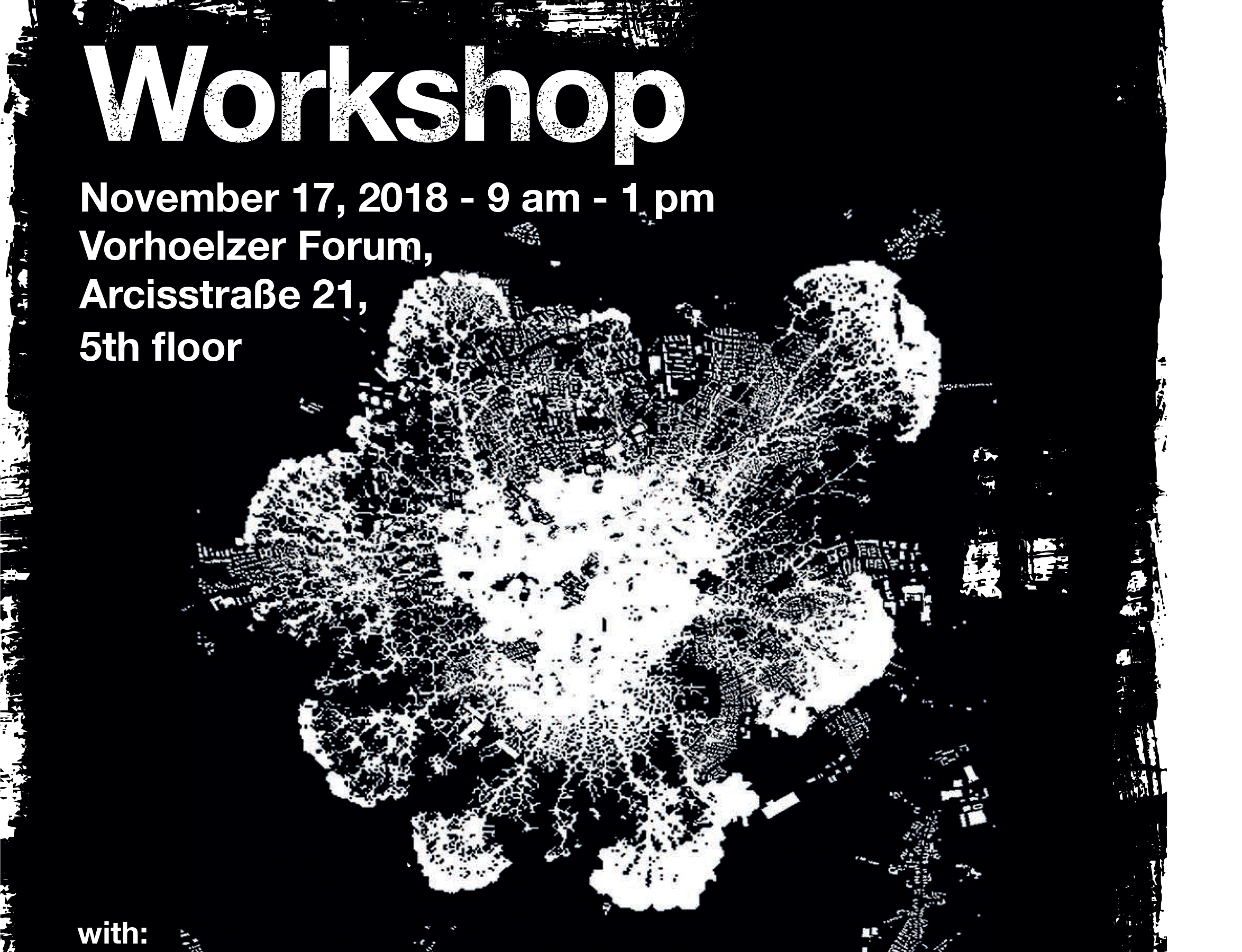 In November 2018, the Munich Center for Technology in Society (MCTS) of the TUM, the Rachel Carson Center (RCC) of the LMU, and Hochschule für Film und Fernsehen (HFF) hosted an interdisciplinary Workshop titled Ecologizing Urban Ontologies in the Anthropocene. On the evening of 16 November 2018, Karin Jurschick (HFF) hosted a screening of the film Natura Urbana, directed by urban geographer Matthew Gandy (Cambridge University). The following transdisciplinary discussion with students and fellows of all participating institutions formed the base for the Workshop the following day.

Scientists from the fields of Geography, Anthropology, and History were invited to present their work and discuss with students, researchers, and the public alike. Altogether, a variety of sub-fields were represented, such as: urban and cultural geography (Metthew Gandy, Sandra Jasper), STS, urban anthropology (Ignacio Farias), medical anthropology (Meike Wolf) media- and environmental anthropology (Felix Remter). Participants came together to discuss effects of climate change, species migrations, and environmental/health policies on urban life and design in the Anthropocene.

The Workshop opened with introductory words by the initiator Felix Remter (MCTS/TUM) followed by a keynote by Metthew Gandy (University of Cambridge), film director and urban geographer at Cambridge. In his talk, Gandy introduced us to his research on “Saproxylic Geographies and other-than-human Ecologies.” He presented his findings on the cultural, political, and scientific significance of rotten wood, which hosts important invertebrate communities, within urban contexts.

The second speaker was Meike Wolf, a medical anthropologist at Goethe University in Frankfurt. She presented her insights into “Invasive Species and the politics of urban disease.” Following the example of the tiger mosquito, she presented concepts of invasiveness, more-than-human urban health, and syndemic interactions.

The third speaker of the first panel was Felix Remter, an environmental anthropologist at MCTS/TUM. His talk was titled “Apoidean Urbanization and the Heat Island.” Concerned with encounters of wasps, honeybees, and human citizens, he pointed out the lack of an integrated ecological perspective in urban climate adaptation strategies.

The second panel started with a talk by Ignacio Farías, an urban anthropologist at HU Berlin, on “Circling the Square: Local Warming and Experimental Urban Politics.” Describing the complex interference of global warming and the Heat Island Effect, he argued for more experimental strategies in urban politics and design.

Finishing up, Sandra Jasper, co-author and producer of the film Natura Urbana, held her presentation. Her talk was titled “Experimental fields: sound, ecology, and urban wastelands.” Following her empirical example of Berlins “Brachen” (fallow land/wasteland) she emphasized their potential for new multi-species encounters, research, and design, which she approached by phenomenological experiences of nature and the multisensory city.