Posted on September 11, 2018 by carsoncenter 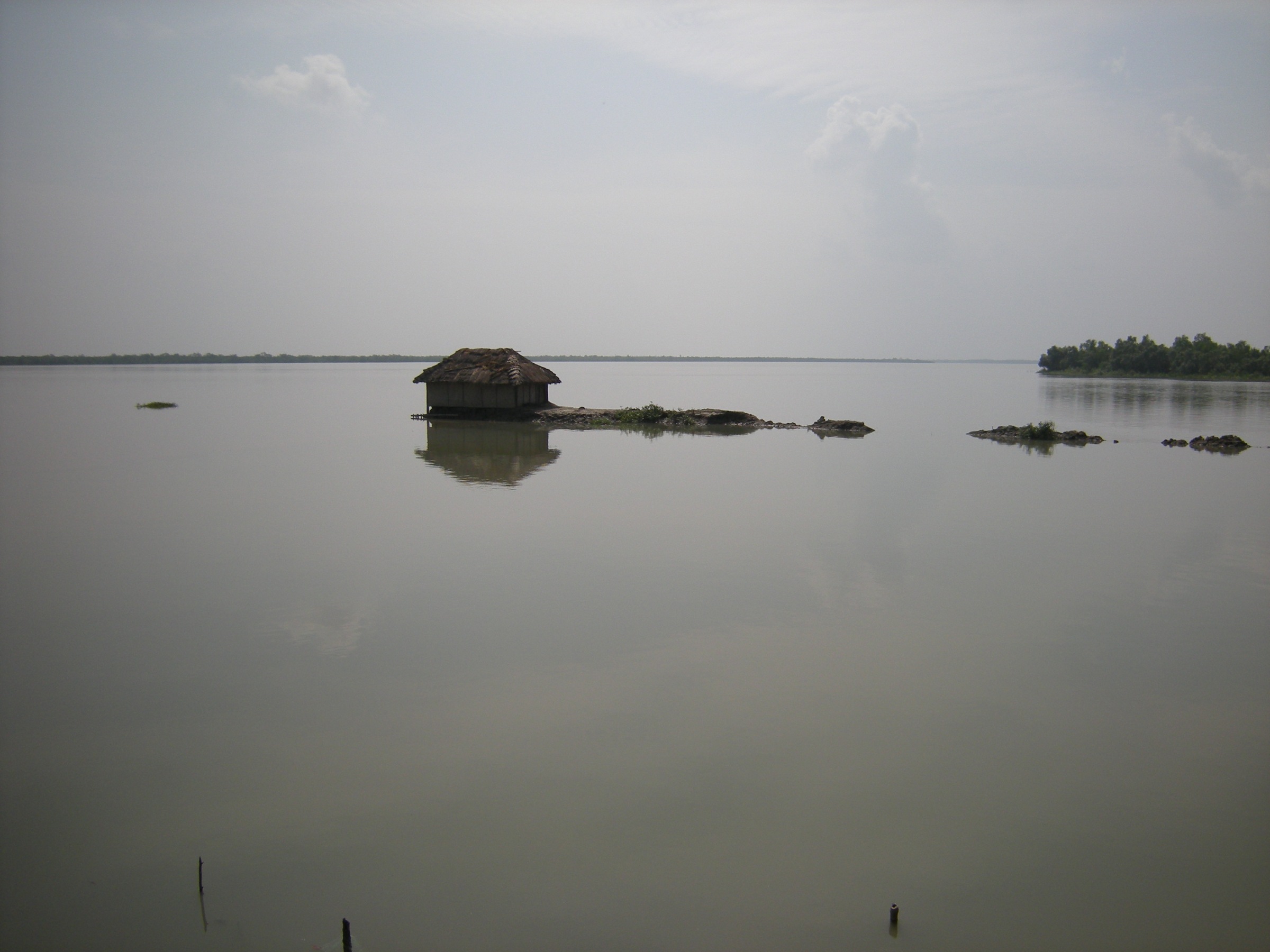 In 1946, British colonialists launched a grand scheme to cultivate groundnuts in the uninhabitable parts of Tanganyika, a former colony that corresponds to the mainland part of today’s United Republic of Tanzania. Under the leadership of the agronomist John Wakefield, the scheme—named the “Wakefield mission”—was driven by the desperation to overcome the “oil crisis” facing Britain after the Second World War: the country was short on the supply of cooking fats. Supported by state capital, modern machinery, human willpower, and unwarranted confidence, the scheme was conceived in such haste that officials even waived the requirement to carry out a pilot project to evaluate its feasibility. The herculean task of cultivating 1.2 million hectares of land was sold to the British public with statistical promises and a rosy picture of taming nature. However, the proponents of the project soon realized that the climatic conditions of Africa were not forgiving. Acting against local wisdom and meteorological data, the scheme failed miserably within half a decade of its conception. After spending £36 million (roughly equivalent to £900 million or $1.4 billion in 2011 prices) and clearing less than 7 percent of the land envisaged for cultivation, it was concluded that nine-tenths of the land area would be unsuitable for crops. Since then, the groundnut scheme has often been used as a metaphor for the waste of public money through large and overambitious projects. This was the story that crossed my mind when I first read about India’s National River Linking Project (NRLP).

The NRLP is yet another example of a radical, large-scale, and highly centralized dream of “fixing nature.” It has recently been put on fast-track mode after gathering dust in government offices for decades. Through the NRLP, India plans to interlink 37 Himalayan and peninsular rivers to improve the irrigation potential, generate electricity, and redistribute water from “surplus” river basins to regions of the country with a water deficit. With a simple supply/demand redistribution logic, the river linking appears to be an elegant solution to ensure proper distribution of water all over the country. However, given the scale of the project, it would be one of the biggest hydrological alteration gambles in human history, which would forever change the geography of the country.

The NRLP is not the first attempt authorities have made to massively interlink India’s rivers. A British military engineer, Arthur Thomas Cotton, proposed the linking of major rivers through navigable canals in the late 1850s. It was intended to serve the East India Company ports and deal with recurrent droughts in the southeastern provinces.

Actual planning for the current NRLP started three decades ago during Indira Gandhi’s government. The idea hung in the balance for decades due to questions over its technical feasibility and its human and environmental costs, and the unwillingness of states to share water with their neighbors. An example of neighboring states fighting over the distribution of water already exists in the southern states of the Indian subcontinent, where they have been struggling over control of the Mullaperiyar Dam since it was built in the late 1800s to divert water from Kerala to Tamil Nadu. It was considered an engineering marvel at the time, but even now, the two state governments continue to dispute control of the dam. Apparently, India’s current central government is not aware of these issues, or willfully chooses to ignore them.

In the early 2000s, the National Democratic Alliance (NDA) government, under the leadership of Atal Bihari Vajpayee, pushed for the river interlinking project, again with little achievement. The project came to a halt under United Progressive Alliance (UPA) rule from 2004 onwards, as the Minister of State at the Ministry of Environment and Forests, Jairam Ramesh, described the proposal as “disastrous.” Now, the project has found a new life under the Modi government, and the National Water Development Agency (NWDA) is acting with alacrity to start its implementation.

The idea is simple: to channel surplus water from flooded river basins to water-scarce rivers. Unfortunately, this idea seems to be underestimating the grave social, environmental, political, and economic consequences of treating rivers like pipes. The idea is based on an assumption of surplus water that needs to be channeled and utilized. At the same time, the opponents of the NRLP argue that there is no surplus water, because every drop has its ecological significance. Nevertheless, the NRLP—the world’s largest potential irrigation infrastructure project—envisions connecting 37 Himalayan and peninsular rivers through 30 river links so they can transfer 174 billion cubic meters (bcm) of water through a 14,900-kilometer long canal network. The project also proposes to build over 3,000 storage structures to achieve this feat. 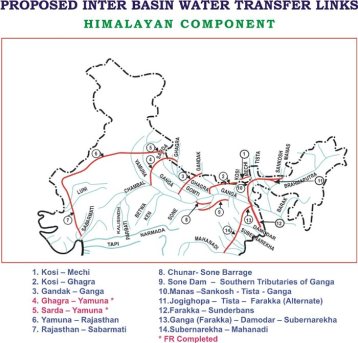 The popular conception of this project in media and literature seems to champion the notion that the central purpose of the project is flood control. In practice, however, the website of the Ministry of Water Resources, River Development, and Ganga Rejuvenation only mentions flood control as an incidental benefit, almost like a footnote:

“The overall implementation of Interlinking of Rivers programme under National Perspective Plan would give benefits of 35 million hectares of irrigation, raising the ultimate irrigation potential from 140 million hectare to 175 million hectare and generation of 34,000 megawatt of power, apart from the incidental benefits of flood control, navigation, water supply, fisheries, salinity and pollution control etc.”

Even if flood control was one of the major issues that the NRLP proposes to address, one must wonder whether it would have any benefit for places like Mumbai, Chennai, Delhi, and other urban agglomerations that are flooded almost every year. If not, then what do they imagine the benefit of flood control to be? Moreover, we need to problematize the notion of describing floods as “disasters.” During one of my internships as an undergraduate student in 2008, I worked with farmers in the Malda district of West Bengal, India. They were struggling with soil erosion and displacement due to the shifting of the Ganges River. I was surprised to learn about their dissatisfaction with the government’s attempt to control the floods with embankments, which affected the nutrient quality of the soil. It is not difficult to deduce that the government’s attempt to channelize river water on such a gigantic scale would wreak havoc for the riverine ecosystem.

The NRLP is set to go beyond all previous records not only in terms of its environmental costs, but also in terms of financial costs. It would cost 11 lakh crore rupees (11 trillion rupees or $165 billion) according to the former Minister of Water Resources, Uma Bharti, in an interview given to a media house. As an interesting point to ponder, these figures were from less than half a decade ago. Another source estimates the project cost to be 20 lakh crore rupees (20 trillion rupees or $203 billion)—and that is without considering the social and environmental costs.

← The Lager Beer Revolution in the United States
Fixing a Nation’s Plumbing II: What We Choose to Ignore →