The Strong Who Inspire: A Poem in Memory of Rachel Carson 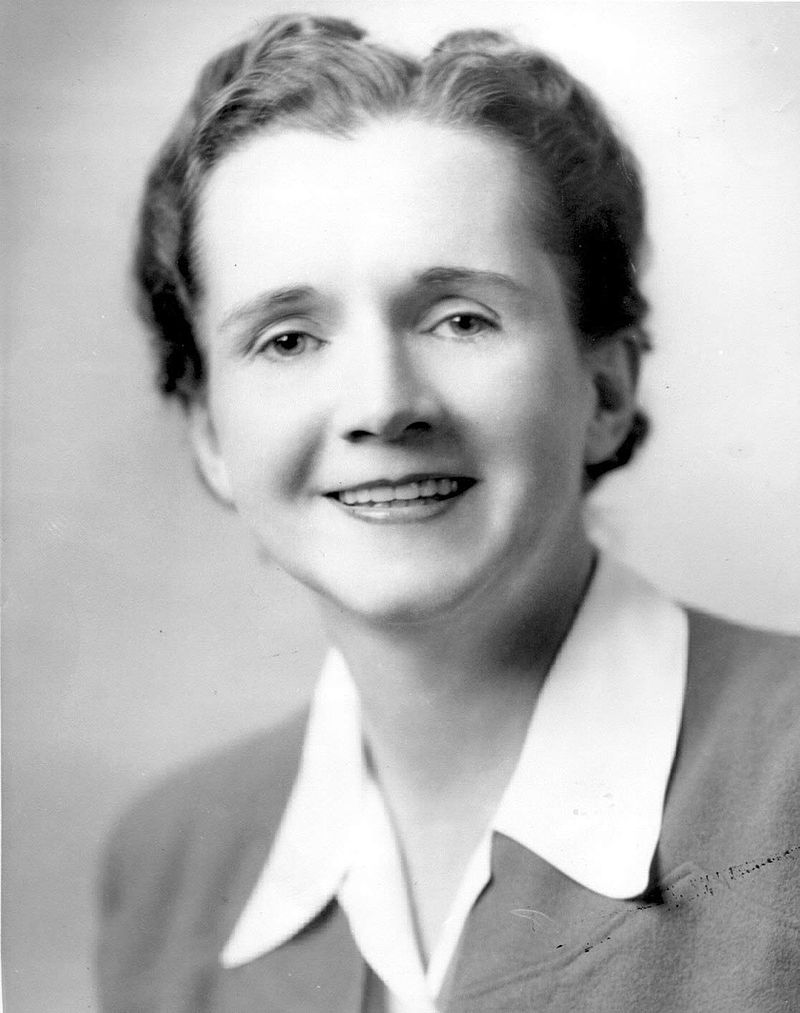 This short guest post by award-winning nature writer Ellery Akers commemorates one of the worlds greatest conservationists and our intitute’s namesake, Rachel Carson. Carson died on 14 April 1964 at the age of 56. The poem, taken from Ellery’s new book Swerve: Environmentalism, Feminism, and Resistance, has been reprodced here with her kind permission.

I think of the way she bent over tide pools at night:
a woman stooped in the dark with her flashlight
as if she were stepping into the lit harness of her work.

I think of the way she lay under the stars
because they were medicine:

Tumors near the collarbone.
Pain in her spine.
Radiation. Krebiozen.
Arthritis. Iritis.
Sightless for weeks.
Listening as her friend read a draft out loud.

Remembering the robin that fell dead from a branch.

I think of the pages of notes about pesticides—

And then, more notes about pesticides.

I think of the way the moon glazed the water
when she crossed out words and wrote other words.

I think of the way she knew that eels slid from brook to brook
and then to the sea.

I’m in luck,
because brown is cheapest, she said,
when she bought a wig
to cover her bald head at the Senate.

I could never again
listen happily to a thrush song, she said,
if I had not done
all I could.

They called her spinster.
Alarmist.
Communist.

I think of the eagles who came back because of her.
I think of her open gaze. Her resolve.
Her refusal to turn away from the wreck.